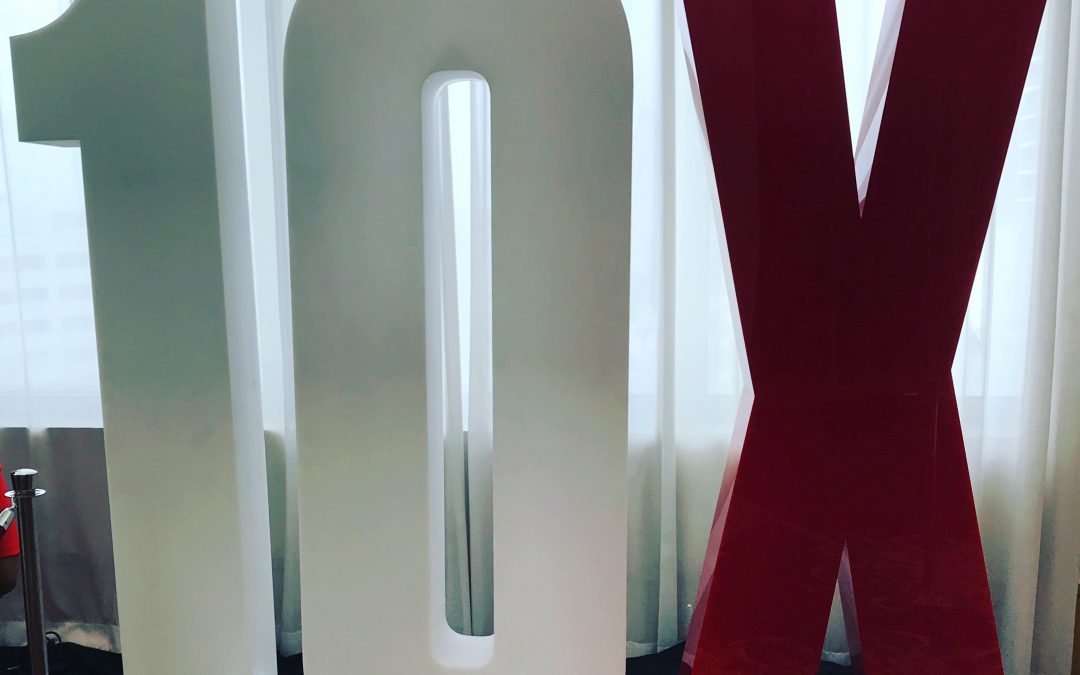 This month, I attended two Grant Cardone events in South Florida.  If you don’t know who Grant Cardone is, I would highly suggest you look into his Facebook page, find his books on Amazon and check out his shows on iTunes if you like to listen to podcasts.  He can rub some people the wrong way, but I promise you, if you give him a chance and listen, you’ll like much of what he has to say. I first heard of Grant on a YouTube video while I was waiting to catch a flight home from the airport in Vegas a couple of years ago.  I’m watching this guy get out of a Rolls Royce on the runway in Vegas and climbing onto “his own jet”.  I thought it was hilarious and that the guy probably rented the jet at best.  Little did I know, Grant was a guy to be reckoned with.

“Uncle G” as he’s called to his students, is simply one of the best marketing and sales guys in the world; if not the best.  The first event I attended of Grants was in Miami a couple of weeks ago.  It was just a one day event that had guest speakers like billionaire Sara Blakely (owner of the Spanx empire), her husband Jesse Itzler (creator of Marquis Jet, and Ziko Coconut Water) and Daymond John (creator of FUBU and huge entrepreneur from the show Shark Tank).  It was a great event, packed with value and I got some great insights from Grant and the guest speakers on marketing and scaling a business.  That event, is largely a tune up for the big 10X Boot Camp and a way for Grant to build that audience and sell some tickets.  It’s effective, because he whetted my appetite enough to want to pay for the 3 day event.

The 10X Boot Camp was 3 full days of breaking down the inner workings of your money, your marketing and sales cycle and your team.  It was like drinking from a fire hose but it was incredibly enlightening.  When I tell you that Grant went full throttle the entire time, I’m not exaggerating.  The man is 60 years old and after the event, he was getting in a round of golf late Sunday afternoon.  All I wanted to do was crawl into bed and give my brain a rest and he’s still going!  Unbelievable.

Anyway, Grant is one of the few people in the space of entrepreneurship that I listen to.  The other two are Andy Frisella (MFCEO Project, 1st Phorm Supplements) and Ed Mylett (World Financial Group, The Ed Mylett Show) both of which have been speakers for Grant at his 10X Growth Con event.  When a man owns his own $50 million dollar jet, and over half a billion in real estate, you tend to listen to what he has to say about building a brand and a company.  A lot of events that I’ve been to (I’ve been to a bunch), aren’t heavy on content.  They tend to be a lot of fluff without any real strategies involved.  Grant ALWAYS over-delivers at his events.  Now, will he try to sell you some other products he has?  You had better believe it.  I walked in expecting to get pitched, and it happened quickly.  It’s who Grant Cardone is and I cannot hate on him for it.  He asks for the sale better than anyone I’ve ever seen.

Grant’s entire team is incredibly talented and dedicated to the entire enterprise which was so great to see.  Each person is not only very good at what they do, but very nice, driven and passionate about the entire 10X universe.  Everyone is approachable, including Grant and his lovely wife Elena.  Given the size of their following, it’s like meeting a celebrity, but they’re genuine and great people that are really trying to help and bring people up in the world which really inspires me to want to do the same.

I won’t share everything from the event as I’d be here typing all night.  But I’ll share just a few of my favorites:

#1 was definitely my biggest takeaway from the event  We are not yet known enough in the market and that’s got to change.  So, expect to see a lot more content from us in the coming weeks and months.  I might offend some of you with the amount of content, and I’m willing to accept that and take full responsibility of it to grow and expand our business.  With that being said, we are going to do our best to make it valuable and useful to you in the real estate space and I sincerely invite you to share your thoughts along the way.  My ultimate goal is to create a large investing community that grows together.  Whether you’re buying 20 houses a year, looking to do your first deal, or looking to buy a house for yourself and figure out how you can make a better future for yourself, we want to help you!  It’s our intention to find great deals on property around the country to sell you and help you make some money or passive income in the process.  I look forward to it, and I hope you do as well.

The 10X Rule   Be Obsessed or Be Average