Buying Distressed REOs Isn’t For Everyone 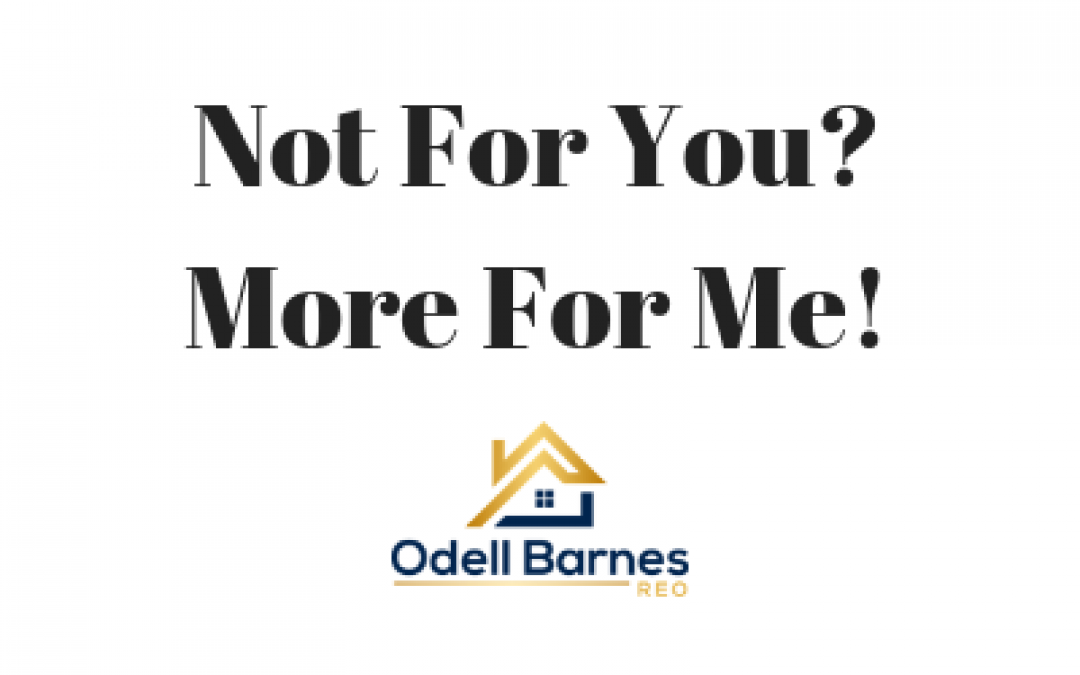 I want to help you understand more about distressed REOs.  We’re buying distressed REOs all over the country and I want to share a little story that happens almost weekly here in our office. We’re approached by someone that’s interested in purchasing one of our properties and they go out and they see the property and inevitably they’ll call us or email us back and say that they would never pay that much and good luck selling for that price. I always have the same response, which is “great!”, because guess what?  These deals aren’t for everyone.  Guess what else?  More times than not, we sell the property at the price one person said that we’d never be able to sell it for.

You can call it different strokes or different folks, or one man’s trash is another man’s treasure. I don’t have any more cliches here, but you get the picture. I’m sure that person will find the deal that they’re searching for, but I believe in in my heart of hearts that they’re often leaving money on the table. How do I know this? I get feedback from our buyers, sometimes which is a few months down the road after they’ve purchased a property and have done what they’ve done to the property whether it’s make the repairs or wholesale it, whatever the case may be. They come back and buy more. In fact, a lot of times I’m blown away with the transformations they’ve made, the profits they’ve made. I just don’t have a vision for rehab projects, but I love to see what people do with these deals and I know they’re profitable or we wouldn’t have bought them. At the end of the day, our ultimate vision is to provide real estate deals to our investors at great pricing that leaves plenty of meat on the bone for profit.

This is where I think a lot of wholesalers or people that are in this business really missed the boat because we do this for one reason, they’ll come back and buy more deals. This is a relationship business and you’ve got to play the long game if you want to do any type of wholesaling or work in real estate really on any level. Don’t be one of those people that really tries to hit a home run on every single deal, you could win the World Series just by hitting singles. Our other vision is to help 10,000 families become homeowners through our owner financing program, and there’s no way we could do this if we tried to sell our properties at retail. Do the properties need work? Without a doubt. Is there money left over in the deals? You better believe it. We’ve sold too many in the last just 18 months to know that this is fact. We bought and sold over 240 properties last year, so it works just fine for us.

The bottom line is look, guys, if you’re negative about everything, you won’t be a good fit to buy one of our deals.  Quite frankly, you won’t be a good fit to buy any deal. It doesn’t matter if it’s me at the bank or the auction, you’re going to have some pretty poor luck if you’re bringing negativity to the table. Again, we’re not for everyone, we’re perfectly fine with that.  I think that is a good position to be in, you don’t need to be for everyone, your deal doesn’t need to be for everyone if you’re a wholesaler. If you’re fixing and flipping a deal, not everybody’s going to have your taste, not everybody’s going to have your vision for what the deal could be. As soon as you accept that, as soon as you understand that you’re not going to work with everyone, you’ll be just fine. Think about it, half the country hates the president at any given time.  The president before that, half the country hated them.

As soon as you realize you can’t please everybody, you get an overwhelming sense of freedom. We’ll keep doing what we’re doing, and anybody that’s in this business, they can keep going about doing what they’re doing. While we appreciate the positive feedback, keep the negativity to yourself, there’s plenty of that in the world anyway. We love to work with great buyers. If you’ve got a positive attitude and you want to do some deals, we’ll help you walk you through any one of our deals. Guess what? We’ll even finance them for you. There’s no excuse not to get a lot of deals done this year, we still got May, June, July, August, September, October, November, December, nine months left to go in the year.  Make the most of it!